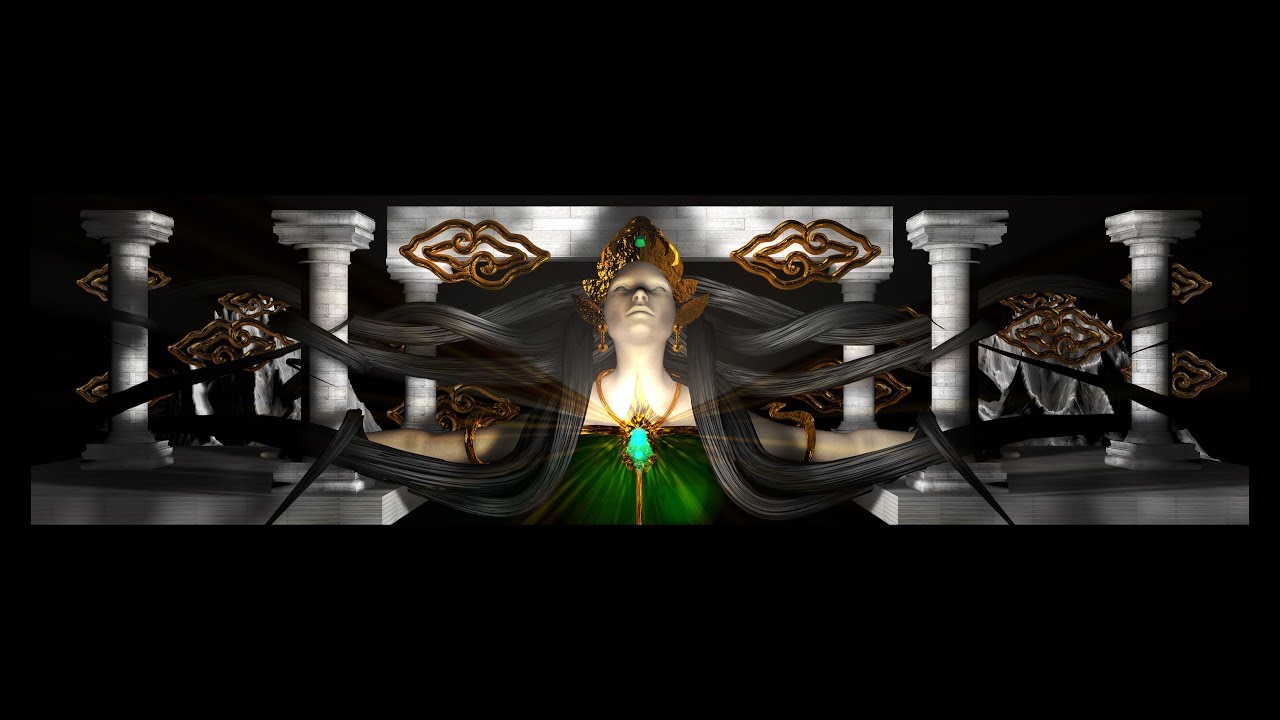 We are participating at 1 minute projection mapping in Miyazaki, Japan.

The visual idea tells about Kandita: The story of sea goddess. Dewi Kandita or famously known as Nyi Roro Kidul is an Indonesian mythology originated from West Java province. Nyi Roro Kidul is a goddess of the Southern Sea of Java.
Nyi Roro Kidul tells a story of how a beautiful ill-fated princess turns into the Indonesian Sea goddess. Kandita used to be a favorite daughter of Prabu Siliwangi, a king of Java. But his attention to Kandita made her sisters envy. Her siblings then plotting to get rid of Kandita by using black magic to make her skin looks awful.
Pressured by the family, Prabu Siliwangi sent Kandita away from the kingdom since the disease is untreatable. For 7 days and 7 nights, Kandita walked heavily to the unknown until she found herself in the Southern Sea. A mysterious voice guided Kandita to drown herself in the sea to regain her beauty. So she did.
Kandita recovered from her disease and becoming powerful once and for all. She didn’t need her father kingdom to conquer, instead she rules the Indonesia southern sea and known today as the name, Nyi Roro Kidul.